Stefán Karl Stefánsson Day is on July 10th. We need your help to make dankmemes #1 on that day. 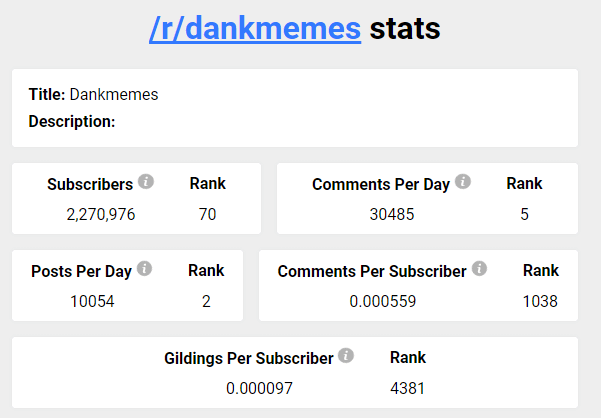 As part of our festivities, we would like to do the unthinkable and actually be #1 on reddit for at least one day. We are one of the busiest subs on reddit with the most loyal userbases and I think it’s time for us to give it a go for one glorious day. We don’t have reddit shoving this sub down peoples’ throats (or even really ever acknowledging our existence) so we don’t have the subscriber count of other “memes communities” whom are known as meme subreddits on the website reddit.com but we do have some things going for us and I think we can actually get this sub to #1 for at least one day, but it will take a little bit of a team effort. And really, our biggest competitor isn’t a meme subreddit at all, we left them in the dust a few months ago. Our final boss is much bigger than most subs and beloved by all. We are the 70th largest sub for subscribers, they are the 2nd.

***
#[Here are our current stats minus the parts about voting](https://i.imgur.com/5b9RPvw.png)
(we are not trying to break any terms of service, something tells me admins would suddenly give a damn about us if we did, please do not make any attempts to beat this other sub in post votes. I mean, you can vote on whatever you want, but we aren’t highlighting that aspect of the sub stats even if we obliterate their record)

If you are wondering why I am not posting the name of the sub even when it is so easily found in two seconds, you’ll just have to ask them about it. We don’t do that here.

Jk, do not ask them anything or post there at all about this or you will be permanently banned from here. This is about us being #1, it is unfortunate that we would bring down a giant for one blessed day, but it is how it must be. And we will keep their crown warm for them when they get it back immediately the next day.

We only need the slightest push to win top for posts per day. We are really outdoing ourselves with the cascade of shitposts lately. Did removing the karma threshold cause a disturbance in the force? Maybe but let’s try to turn those lemons into lemonade before revisiting the idea of a threshold being but back into place.

I’d say that comments per day is within our reach too. Perhaps loosening some of our automod rules for one day won’t make the world collapse. **Perhaps thinking this is an excuse to post content that breaks sitewide rules or that breaks our rules on hate speech will get you a permanent ban with no chance to appeal.** Our crack team of bot wizards will be making some fun games you can play with automod to increase the comment count. It’s going to be a glorious shitshow but we must do what is necessary for this to work.

#Good luck, we’re all counting on you. Now go, post every piece of crap meme you have, this shitposting event ends in 24 hours. Do it for Stefan.

edit: also, may as well plug **r/meme_battles** here. We are accepting new sign-ups until tomorrow and our next contest begins on Friday. It’s pretty fun, I hope you join us. I’m competing this time because modding sucks, I’d rather make memes. Several other dankmemes mods are competing against each other too. Might get kind of brutal once the gloves come off.

#tldr practically no rules today, go ahead and post whatever you want, upvote posts, impact font, whatever. Do not post hate speech or violent tragedy memes or anything even remotely resembling it.