“Nobody:” memes are now considered normie trash, as chosen by our r/meme_battles winners. Also, say hello to our new mods and learn about our new Twitch channel etc 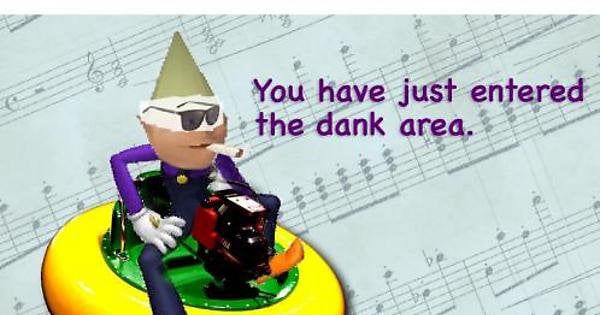 #Congratulations to our new flair mods!

Pretty soon, everyone who posts in dankmemes will also be a mod. It feels like that anyway. We had a lot of good applicants and I’m really excited about this new group. Feeling kind of hopeful that they won’t suck as much as the last two groups we added, fingers crossed. Jk, I love all of them and I value their contribution so very much.

If you’re wondering where we found these guys, before we posted an announcement saying we were taking applications, we decided to add some of the mvp’s from r/meme_battles to kind of beef up our team for our next contest:

#Dankmemes Mods VS Plebs
The themes have yet to be chosen but it will be pretty exciting to have 900 people vs 50. Our entire self esteem rides on meme_battles victories so yes we’ll be mod abusing our way to sweet victory by poaching anyone who seems to be doing too well to move them from the pleb team to the mod team. Doing well in our next /r/meme_battles contest is an easy way to find yourself modding r/dankmemes. Kesha will murder all of us if we just give mod spots away though, so you will be subjected to submitting an application and meeting certain qualifications in order to be added as a moderator here.

2]Can mods delete my posts?

4]What will the winning team get?

* Hoping the admins throw some pesos our way to award to you guys but if not, I’ll personally award some golds and platinums from my offshore karma account

* Tonight I will be designing some “winner” flairs for Team 1 participants and also “loser” flairs for the team in last place, whatever they were. If anyone has any photoshopping emoji skills and this sounds like the thing you were born to do, pm me here or on discord (siouxsie_siouxv2#1878) with some designs. Otherwise I’ll throw it together myself.

* the MVP of the entire battle who isn’t a dankmemes mod will be invited to join us for our upcoming twitch stream of us playing video games instead of modding, more about that below.

* The last battle’s prize of the winner choosing a meme to go in the normie trash bin with impact font and minion memes was very popular. And frankly, the sub is better without skyrim skills memes. But all good things must come to an end. **As of now, skyrim skills memes are back on the menu** and our next forbidden normie trash piece of garbage meme to be removed as chosen by our winners:

This low effort nonsense that I’m guilty of posting has been banned for the month of August, enjoy the break from them.

So yeah Nobody: memes are now considered normie trash, and will be removed on sight. And if you keep posting them, you should feel ashamed of yourself!

As mentioned up there, in honor of our Minecraft Server almost being maybe ready to possibly use potentially, we have created a Twitch channel for possibly streaming that someday but before that and occasionally, we will be playing Quiplash and other Jackbox favorites and streaming the fun for everyone who might be interested in seeing us embarrass ourselves.

Space to actually play is limited so we will be randomly selecting some dankmemes mods and of course the seat of honor will go to the /r/meme_battles MVP. We will probably make streaming on this channel available to users who do a lot in the Minecraft server too if they are interested. Basically, we want the Twitch channel to be a fun way for dankmemes users to be involved with the sub and all of our ~~vanity~~ projects. We will post more about that when the details are worked out.