Happy Danksgiving! Announcing a special event for tomorrow! Only users with 20k+ karma will be allowed to post 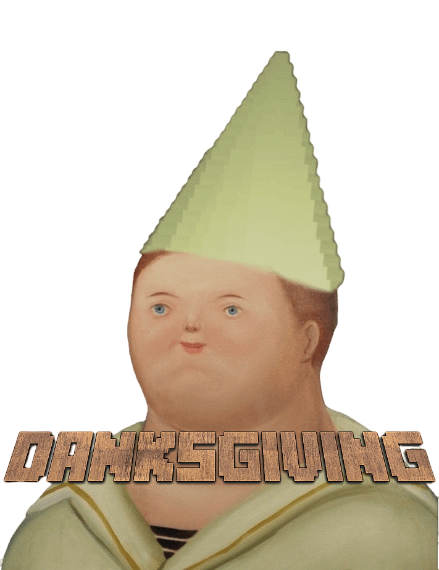 I am thankful for many things this year, but if i had to choose just one, no joke, I would say I’m thankful for this sub. I think you guys are the best users on reddit, a single diamond in a giant pile of trash. I would rather spend my time improving this sub and talking with you than just about anything.

* We are thankful to have a userbase that wants the best for dankmemes. Not every sub has users that even notice what is happening. We appreciate when you share your concerns with us, it shows you care and that means a lot. We have been getting a fair amount of feedback regarding karma thresholds and how it might be the cause of the recent slump in quality.

I promise we are discussing what we can do for the long term but for now, we just want to give this group that lovingly bitches at us what they want: a higher threshold. On steroids.

#Starting at midnight tonight, EST we will be requiring that users wishing to post content have at least 20k LINK karma.

* For those of you who are using new reddit and are unaware of whether or not you have enough link karma, you can simply try posting and see if it works.

and since you’re looking at old reddit anyway, [be sure to check out our retina melting css](https://old.reddit.com/r/dankmemes/comments/e2iehx/happy_danksgiving_announcing_a_special_event_for)

#We are SO thankful for our amazing mod team and we appreciate everything they do. Mostly.

* This is the best mod team on reddit, I’m sure of it. We are lucky to have found a system for keeping this sub moving while also not losing our minds. I truly feel that the r/dankmemes mod team is like my little internet family. Ok, huge internet family but I hope they all know that I love them and care that they are having fun while they are mods here. So keeping that in mind, tomorrow we would also like to welcome mods to post meta content if they wish, something we never normally allow.

#Tomorrow, mods of dankmemes from tier 0 flair mods to ChocolateSkyhawk herself, may post alongside the karmawhores. They are allowed to post memes that are about modding or anything else for 24 hours.

* And that’s it. Don’t even try it after that or you’ll be put on /r/meme_battles duty.

#FYI we are not worrying about posting limits or queue flooding tomorrow. Post as much as you want until midnight PST.

Have a good Thanksgiving everyone and thanks for letting me say “danksgiving” twice and forgiving me.

Making another attempt at an official [Twitter account](https://twitter.com/dankmemesreddit). It’s new, and we will be posting memes from it later today. feel free to @ us anytime and we will almost certainly appear. Great at parties, second only to introducing friends and family to the warm rush of excitment one gets from a good /r/immapeeinurass meme.