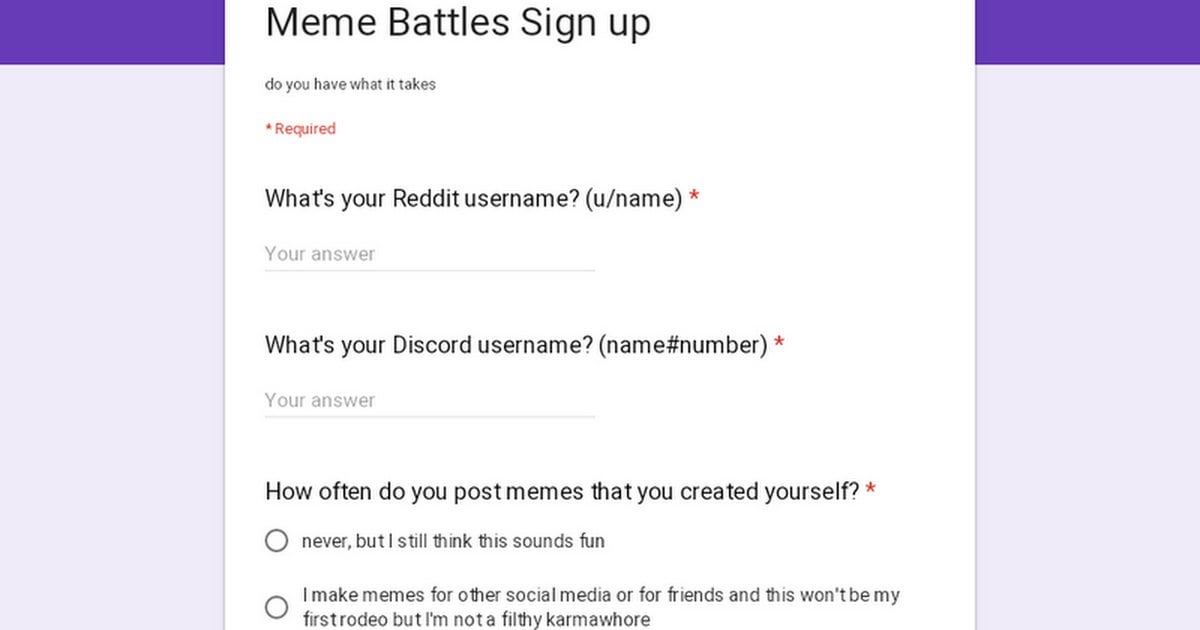 We are still accepting new sign-ups [**here**](https://docs.google.com/forms/d/e/1FAIpQLScjtBbPyTPIPYM26uuwZ0Ohv3R8GW2bds6GIxeOiuvo8dfGGg/viewform) if you would like to participate. I will probably stop accepting new applications for this contest on Saturday morning but feel free to sign up anyway after that to be included in the next one.

It will hopefully be fun. We have decided to have three themes during the competition instead of just one and I look forward to seeing what people come up with.

Edit: to the person running a script to apply 5000 times, it takes us one second to remove those, and it’s not nearly as annoying as you might think. I just wanted you to know that.